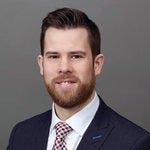 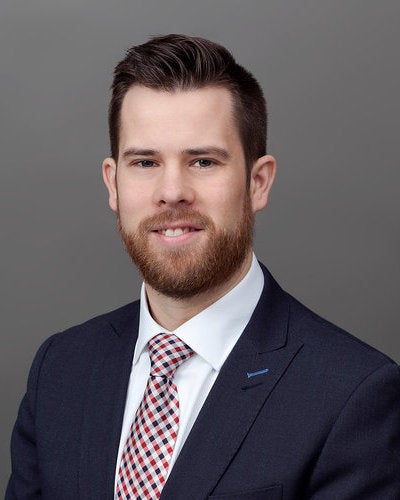 Spencer absolutely loves practicing law in his hometown, but it feels like it came about by some happy accident. Some people dream of being a lawyer from a young age. Spencer is not one of those people. Spencer's university roommate was in law and convinced him to apply almost on a whim. Even during law school he didn't envision himself practicing law. After a couple years of practicing litigation and family law at an established firm in Abbotsford, one out-of-the-blue phone call led to him moving back to Duncan to continue the practice of Robert Whittome who was retiring.

Spencer truly gets a thrill out of helping people in big moments in their lives  like starting businesses, buying a home and planning their wills. After some wonderful years as part of the law firm Coleman Fraser Whittome Lehan Schmidt, it was time to create a new kind of law firm. Cornerstone Lawyers was born with the goal of increasing access to legal services in the Cowichan Valley. Spencer is eager to help people with wills and estate planning, estate administration, real estate purchases, sales and mortgages, and business law.

Spencer is proudest of his kids and is so grateful to be raising his young family in the Cowichan Valley. He and his wife, Aubrey, have the four most amazing kids on the planet (he might be a little biased!): Harper, Eli, Caleb and Roman. If you're lucky, you might see them around the office.

One of the things Spencer loves most about his job is the freedom it provides to give back to the community he loves. He is on the board of directors of the Downtown Duncan Business Improvement Association and the Clements Centre Society. On Saturdays you can find him coaching kids' soccer. He also loves volunteering through his local church congregation.

If you let him, he'll talk your ear off about his latest barbeque creations. He's a self-proclaimed taco afficionado and won't be satisfied until he's found the perfect taco. He's a little bit too obsessed with basketball and, according to Aubrey, knows way too much about Michael Jordan. When the stars align and he actually has a free weekend, he likes to go to Jordan River or Tofino and trick himself into thinking he's a half decent surfer.

Thank you for contacting us. We will get back to you shortly.

Please complete all required fields below.